THE IMPACT OF PRISM

We’re delighted to announce that GameCraft is heading to London this August thanks to the good folks at Skills Matter. They’re a great group of people who are really passionate about getting folks working together, and we’re thrilled to be working with them.

Skills Matter’s mission is to promote continuous learning and innovation in software. More than 35,000 people get together at Skills Matter each year, everyone with the goal of improving themselves and our community. We welcomed 42,000 face-to-face visits to our talks, workshops and gatherings in the last 12 months and our SkillsCast videos were seen by several hundreds of thousands of passionate developers too. Follow us on twitter @skillsmatter #skillsmatter

The event will be taking place on Saturday the 10th of August at the Skills Matter eXchange in Clerkenwell, Central London. 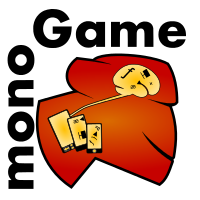 We are so excited to announce our London GameCraft judges!

Lewis Harvey is the Associate Producer at Lionhead Studios. “Video games have been a lifelong passion for me. I’ve been working in the industry since I was 17 working with multiple studios such as EA, THQ and Rare. I joined Lionhead in 2009 as a producer for Fable III. It was a dream come true and a fantastic, ambitious and often crazy project. Over the years I have had the fortune of seeing Fable grow and develop as a franchise, pioneering Kinect experiences and returning to its roots with Fable: Anniversary. Now I’m responsible for expanding Lionhead beyond our huge Fable franchise and opening a new door of opportunity, getting excited about new talent and new ideas! With that in mind I can’t wait to see what GameCraft brings!” https://lionhead.com / @LewHarvey

David Johnston is the man behind Smudged Cat Games, based near Cambridge. David has been designing video games from the age he could reach a keyboard. After getting his first work published when he was only 11 David designed the game TimeSlip for the Playstation One before even graduating from university. He founded Smudged Cat Games in 2007 to release The Adventures of Shuggy for the Xbox 360; a game which Indie Game Magazine called “Bitesized Brilliance” and gave 93% while Eurogamer and Gamespot gave it 8/10. More recently David developed Gateways which Game Informer gave 9/10 and listed as one of their top 50 games of 2012. Gateways was also one of the winning entries in Microsoft’s 2012 Dream Build Play competition and received an honorable mention in the technical excellence category of the 2013 IGF competition. https://www.smudgedcat.com / @SmudgedCat

Gorm Lai is a co-founder of the Nordic Game Jam, which was the World's largest site jam for 3 years, as well as a co-founder of the Global Game Jam. I have worked on games of almost any genre and platform; from casual set top boxes over AAA console to indie classics like LIMBO. After living a rootless existence across the planet for a couple of years, I have now set up my company, Kotori Studios in London, and am currently working hard to finish MULE Returns, a remake of the early 80's classic strategy game.
https://kotoristudios.com / @gormlai

Dave McCabe is a filmmaker, video game narrative designer and all around writer sort who has worked on more things than he’d care to remember. He’d give you a list, but it would just depress him when you’d heard of none of it. He has been playing video games since he couldn’t get past the first boss of an early 80′s version of ‘Green Beret’ that is so old he can’t even find a video for it on youtube. You can find him on twitter @davetheallthing where he’ll probably say something about your ma.

Vicky Twomey-Lee (a.k.a. whykay)  is a coder, GameCraft co-organiser, general tech event organiser (Python/PyCon Ireland are her main ones), helping out with 3DCamp, organising and mentoring female coding workshops, and also this year’s invited jurorto w00t’s Copenhagen Game Festival. She was also the researcher for Science Gallery’s recent flagship exhibition, GAME. She first fell in love with console games when her father brought back the Famicom in ’85 from Hong Kong with all the mod-cons followed by the Super Famicom. She has never looked back since.

She is also an aspiring artist (of sorts), loves kittehs & unicorns.

You can find Vicky at https://about.me/whykay