As always we made our annual journey to Cork for our annual GameCraft, this year was very different, it was emotional for many of us as around Feb last year, it was the last time we saw Paul O’Brien, lecturer, gamer, all round geek and adventurer. Farad and GameCraft Foundation wanted to dedicate this year’s Cork GameCraft to Paul to say thanks for all his support of our events. I especially miss all his adventuring stories.

This year it was Mick Twomey, Darren Kearney and myself representing GameCraft Foundation, and Farad is there as always to welcome us all. Phil Bourke brought his students (very experiences with jams, mind you) all the way from Carlow, I think they just recovered enough from the recent Games Fleadh.

The jam started late as we were still waiting on folks from Carlow, but all in all, we kicked off the jam which was LEGO/Brick-based themed and the theme was “The Adventure is out there”. Paul loved LEGO and as I mentioned before, he was an adventurer, so we all agreed this was a suitable theme for this year’s jam.

Time flew inexplicably fast, the labs on the 1st and 2nd floor were full of students from Carlow and Cork, our main room was just a few people, but it quickly filled up as 12:30 approaches as Paul’s family dropped by for a memorial dedicated to Paul; students and friends of St John’s Central College built an arcade machine in memory of him. Touching speeches were given, and we went for lunch onsite. 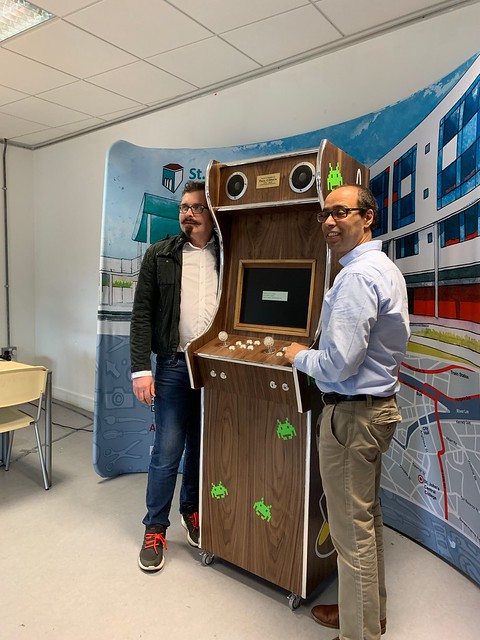 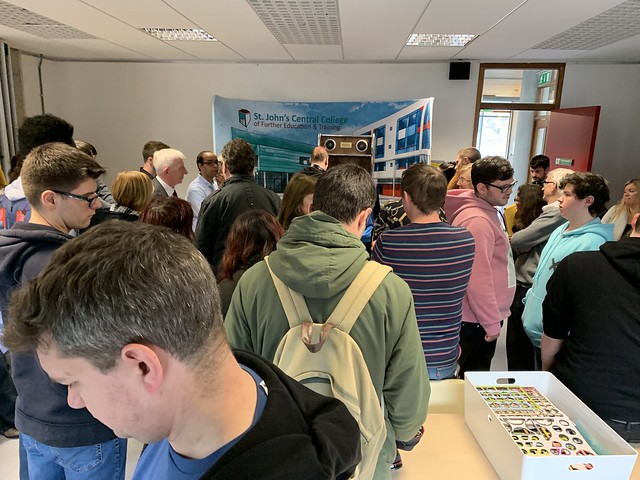 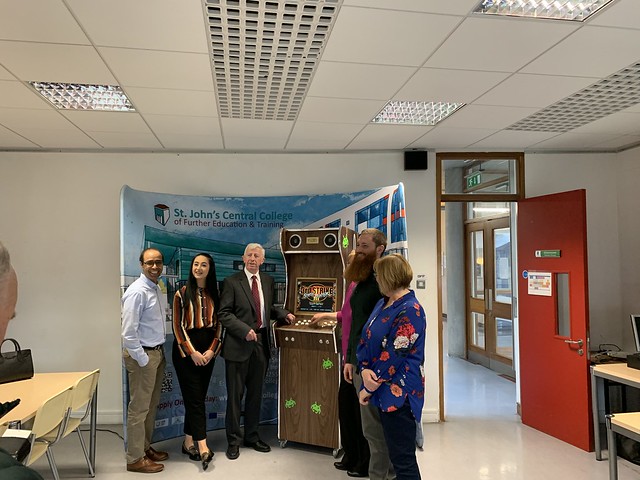 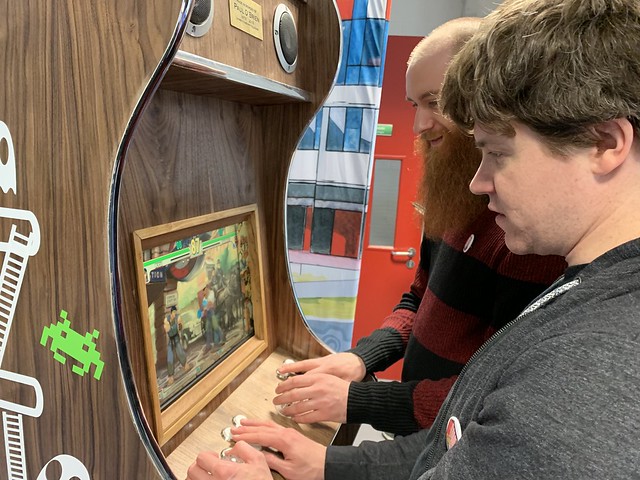 Before we knew it, I was calling out the 1 hour warning to all the rooms. Frantic calls to see where the pizzas were was the usual staple at this rate for me, but we finally got our delivery albeit a little later than expected.

There were 16 games in all. Following are photos taken at the event, as I get more photos, I’ll update this post. If you still use Flickr, you can share your photos there and we would be in contact if we can use your photos - flickr.com/groups/globalgamecraft/ 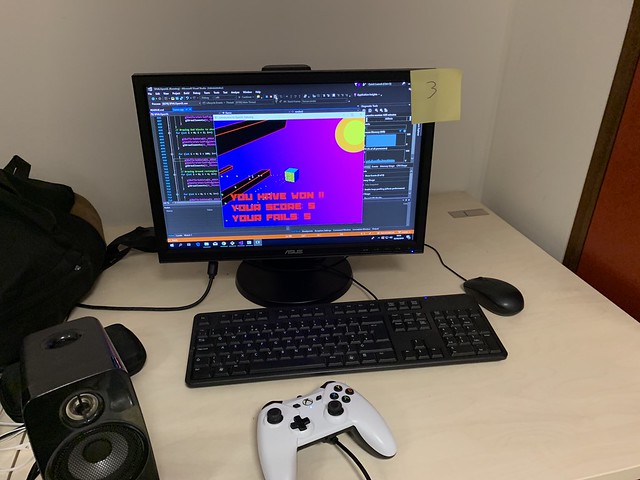 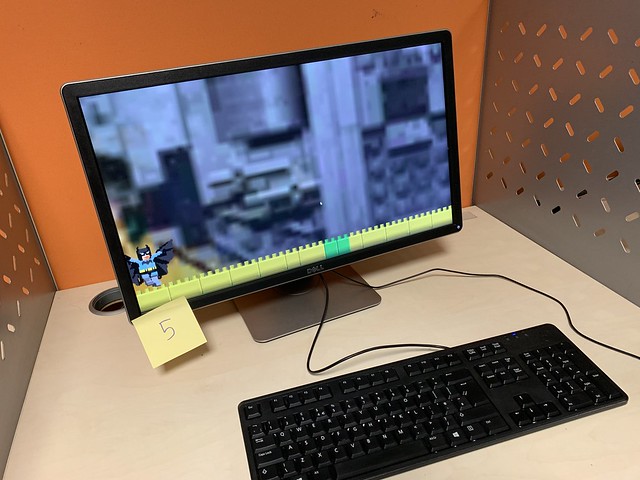 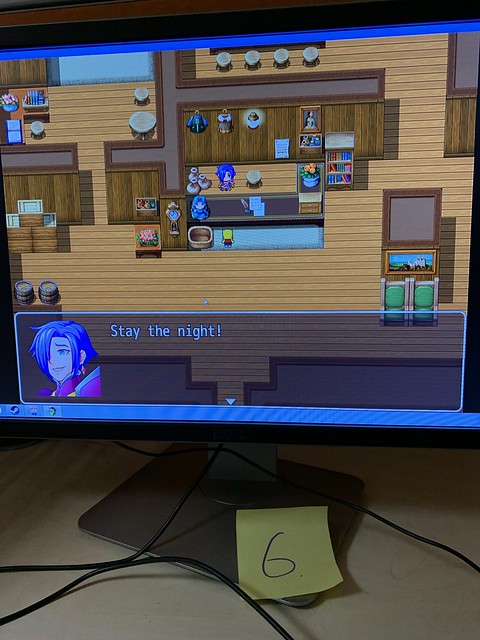 Game 7 (This was Captain Crunch, Vicky and Mick’s favourite) 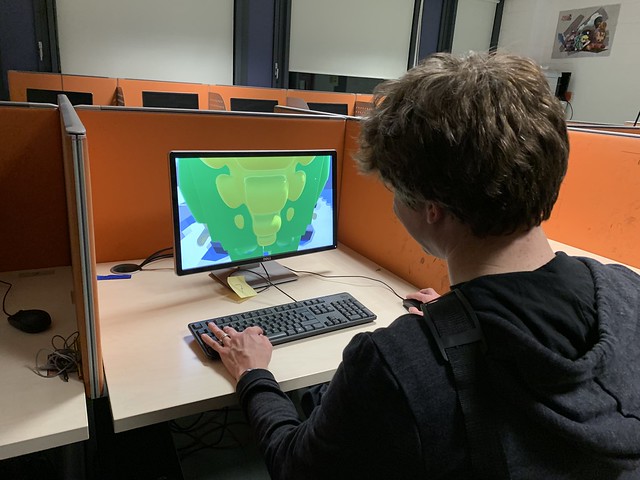 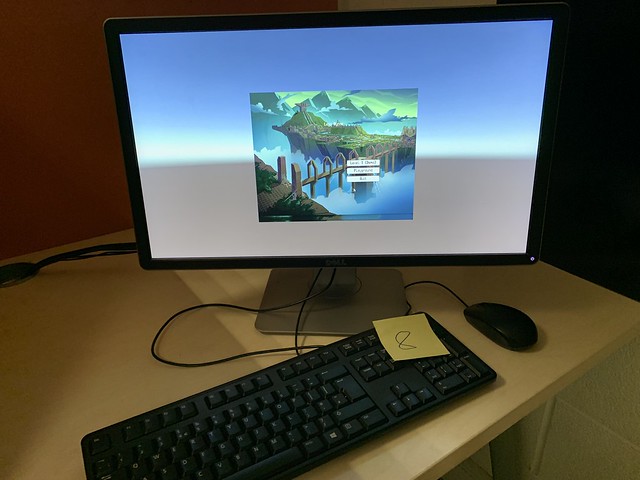 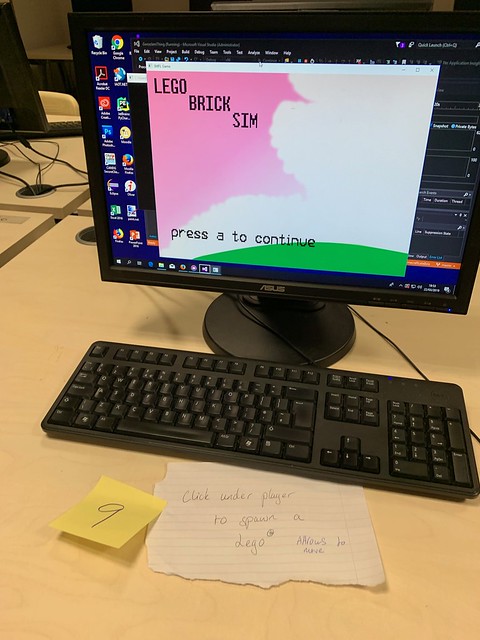 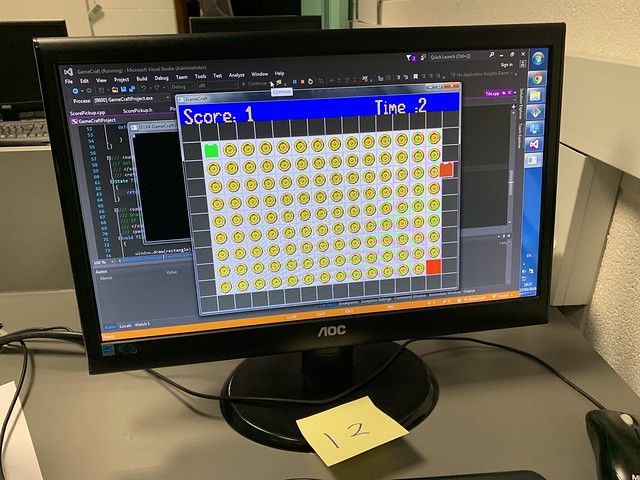 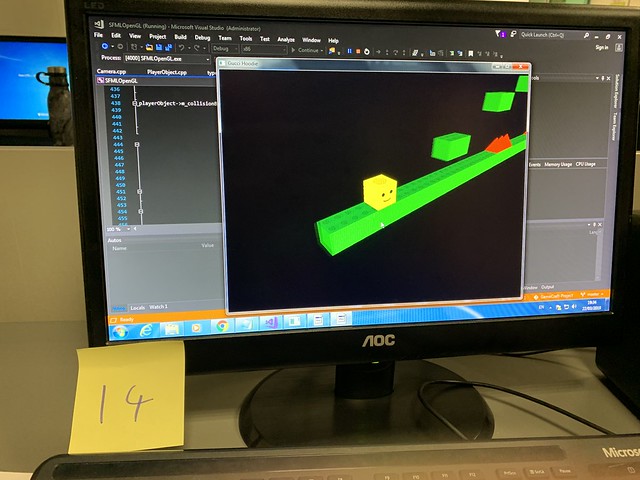 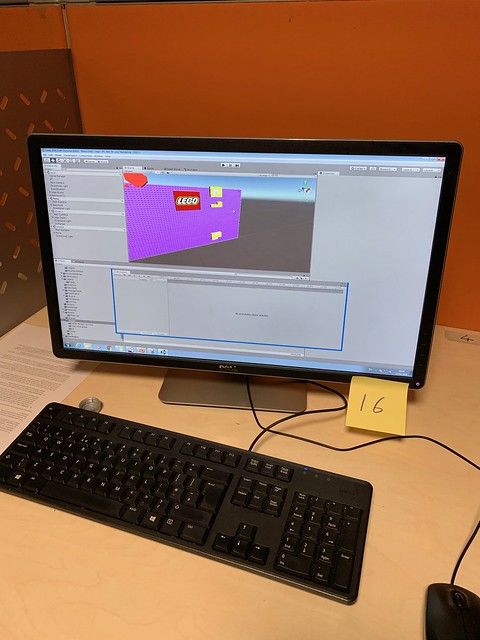 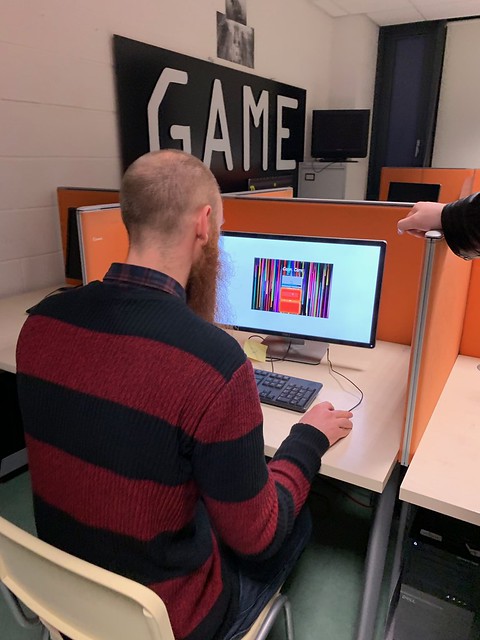 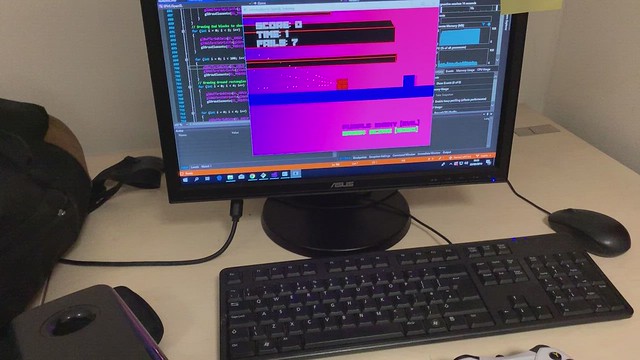 This is a lot of people having pizzas in one room! 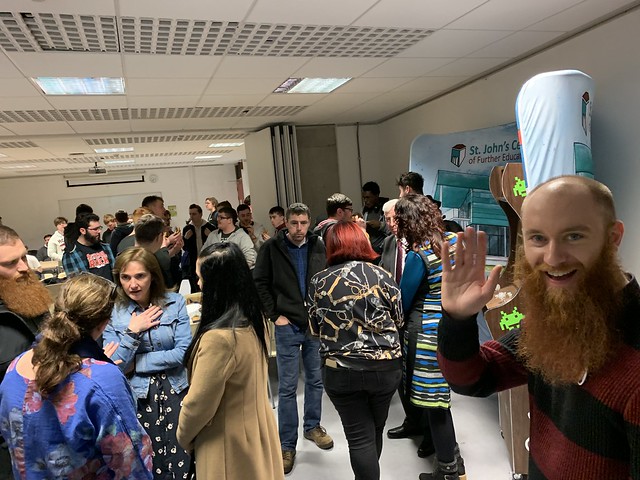 Congrats to everyone who created a game, including those who did not show theirs in the end, GameCraft is about experimenting and having fun trying new things and challening yourself… and did we mention that it’s meant to be fun. 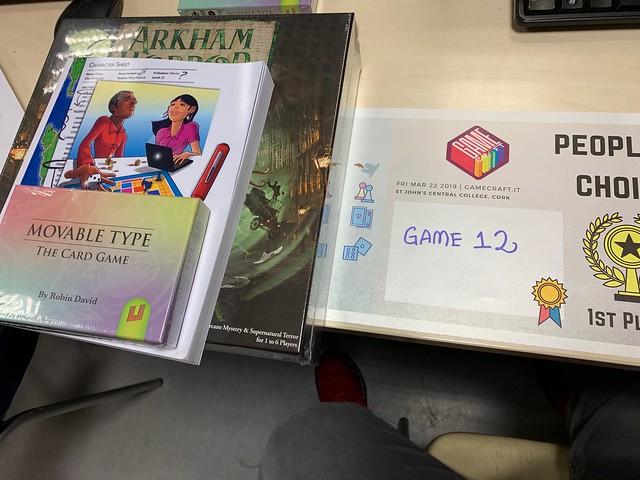 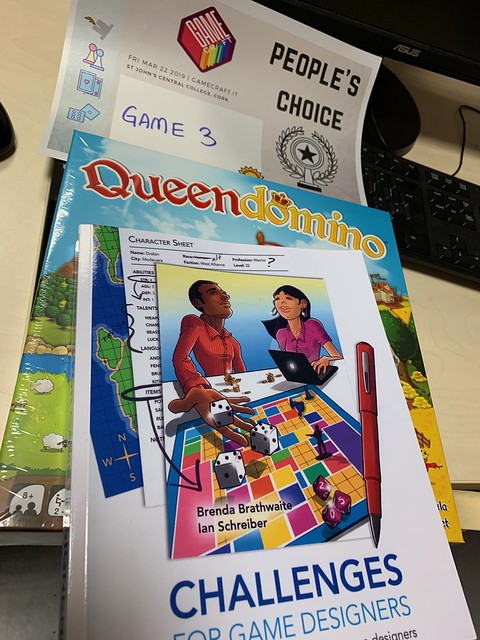 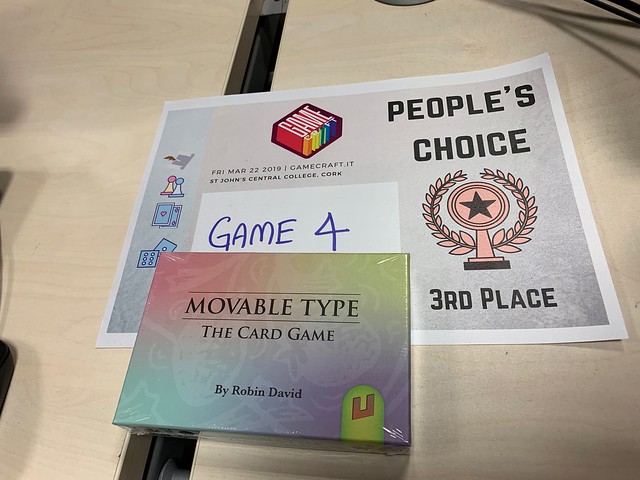 And we have a special category called the Paul O’Brien Award, it was the judges choice, and it was pretty close. I personally loved the Captain Crunch as it was silly and caused so much laghter all round and was due to the many bugs that caused it. But in the end….it was down to more technicalities and judges majority vote. 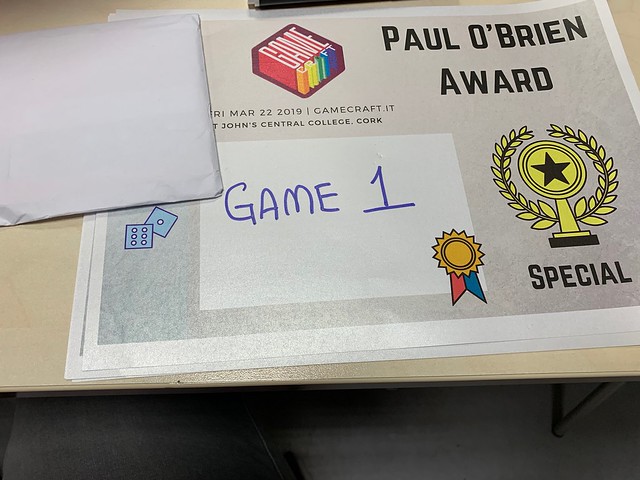 So congrats to all the winners of awards, I hope they enjoyed their prizes and make good use of the vouchers.

We would like to thank St John’s Central College for hosting, to Robin O’Keeffe for his TTG as prizes, to Mick and Darren for helping out and keeping things going, to Phil for his ongoing support of our events and encouraging students to challenge themselves and explore and connect with other communities.

And thank you all for participating and also helping ReFig: Network in Play research by filling out their survey. 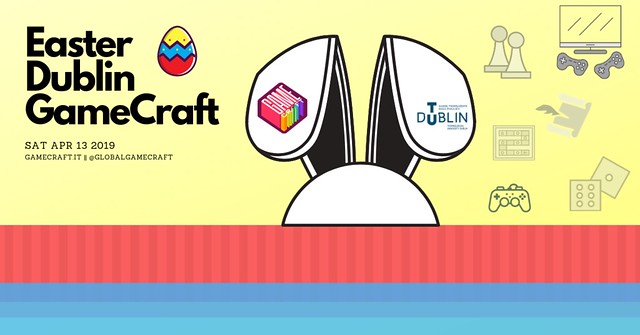 If you still want more jams, we have another one coming up, it’s our Easter Special hosted by TU Grangegorman on Sat Apr 13. More details at https://gamecraft.it.

📌 Also check out following for other events:

If there’s other events/groups I’m missing out, let me know. You can do so by emailing info@gamecraft.it

If you want to get involved with GameCraft and help us pay cover expenses like accountancy fees, you can do so via bit.ly/gc-collective.

Thanks to all who have contributed so far! ❤️